A little bit of genetics

BRCA 1 and BRCA 2 are genes, that when working normally, prevent cancer by repairing DNA. When there is a mutation, these genes don’t work, and cancer is more likely to develop. These mutations are inherited in an autosomal dominant fashion from a parent who carried this mutation—either father or mother. What that means is that if your parent has a BRCA mutation, you have a 50% chance of inheriting this mutated gene. And if you carry a BRCA mutation, your child has a 50% chance of carrying the same mutation.

Why are BRCA genes important?

Who should be tested for BRCA mutations?

All Ashkenazi  Jewish Men and Women should be tested for BRCA mutations. In fact, as of December 2019, medical guidelines were expanded to include all Ashkenazi Jews with at least 1 of 4 Ashkenazi Jewish grandparents, regardless of family history of cancer. Despite these guidelines, medical insurances have not kept pace and are not covering testing unless there is a family history.  Fortunately, through Yodeah, we have been able to secure cost effective, medical grade testing. 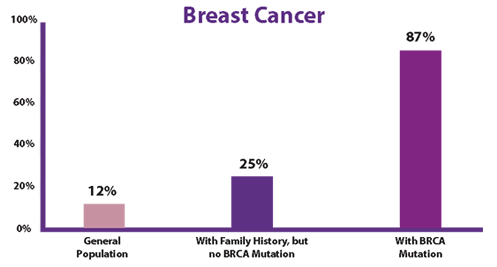 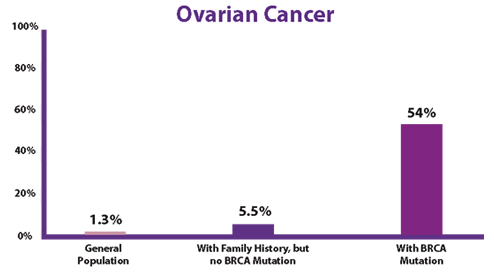 Why do I want to know?

Cancer prevention. We can prevent cancer, but to do so we must identify who carries a BRCA mutation before cancer develops. In BRCA mutation carriers, there are established medical guidelines for increased surveillance to help diagnose cancer at its earliest and most treatable stage, procedure recommendations to decrease the risk of developing these cancers, and even provide medicines that can help prevent cancer. A couple in which one carries a BRCA mutation can also undergo in vitro fertilization with preimplantation genetic diagnosis to prevent their children from carrying a BRCA mutation.

What about other Jewish genes that increase the risk of cancer?

There are other genes in both Ashkenazi and Sephardic Jews that can increase cancer risk for which closer cancer screening is recommended. For example, there is a common gene that is carried by up to 10% Ashkenazi Jews that slightly increases the risk of colon cancer. Another gene more common in Ashkenazi Jews increases the risk of Lynch Syndrome, a syndrome associated with colon, endometrial and ovarian cancers. There are also mutations on various genes that are more common in the Sephardic Jewish population. For example, 1 in 80 Sephardic Jews carry a mutation on the ATM gene, which is associated with an elevated risk of breast cancer.

Stay in the know!

Yodeah’s mission is to educate and facilitate cost-effective testing for hereditary cancer genetic mutations in the Jewish community, a process known as population-based testing. Yodeah does not give medical advice. We recommend you contact your health care professional for any questions about cancer or genetic testing. Genetic testing is not a substitute for visits to a health care professional for recommended screenings or appropriate follow up.